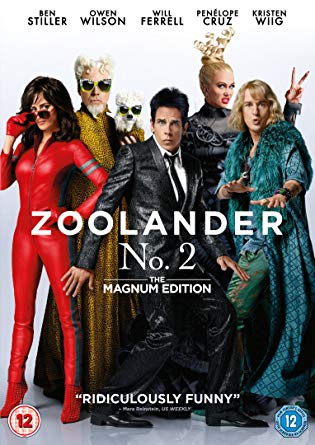 Zoolander 2 is a 2016 American comedy film directed by Ben Stiller and written by John Hamburg, Justin Theroux, Stiller and Nicholas Stoller. It is the sequel to the 2001 film Zoolander and stars Stiller, Owen Wilson, Will Ferrell, Penélope Cruz ,Kristen Wiig and Kiefer Sutherland.

Former models Derek Zoolander (Ben Stiller) and Hansel find themselves thrust back into the spotlight after living in seclusion for years. Invited to a major fashion event in Rome, the estranged friends are surprised to see how much the business has changed. Even more shocking is their encounter with Valentina Valencia, a special agent who needs their help. Someone is killing famous pop stars, and it’s up to Derek and Hansel to help save the world’s most beautiful people from a similar fate.