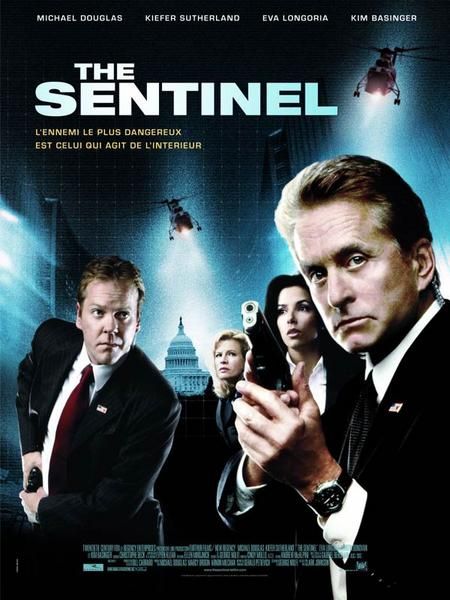 The Sentinel is a 2006 crime thriller film directed by Clark Johnson about a veteran United States Secret Service special agent who is suspected as a traitor after an attempted assassination of the president reveals that someone within the Service is providing information to the assassins.

Secret Service agent Pete Garrison (Michael Douglas) investigates a colleague’s murder and subsequently becomes a suspect due to the machinations of a blackmailer who knows the secret he is hiding. Disgraced, dismissed and now a fugitive, Garrison (Kiefer Sutherland) must both clear his name and save the president from assassination.