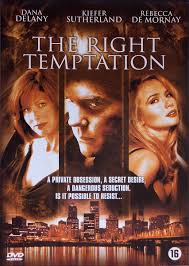 The film is the second collaboration between Kiefer Sutherland and Rebecca De Mornay, the first being The Three Musketeers (1993).

The unusual assignment turns downright dangerous when McCall begins her own liaison with the wealthy and seductive Michael.

As the illicit relationship progresses, McCall is forced to wonder at Anthea’s mysterious and potentially malicious motivations, and to fear for her own safety.