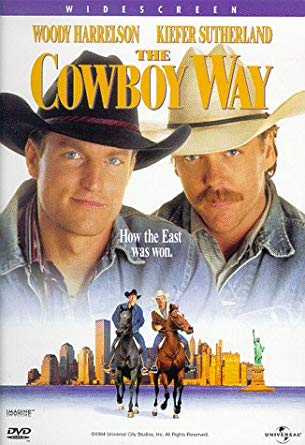 The Cowboy Way follows two championship rodeo stars and lifelong best friends, Pepper Lewis (Woody Harrelson) and Sonny Gilstrap (Kiefer Sutherland) as they travel from New Mexico to New York City in search of their missing friend, Nacho Salazar, who came to the city to pay for his daughter’s trip to the U.S. from Cuba. When they discover that he’s been murdered, the pair set out to find the killer.