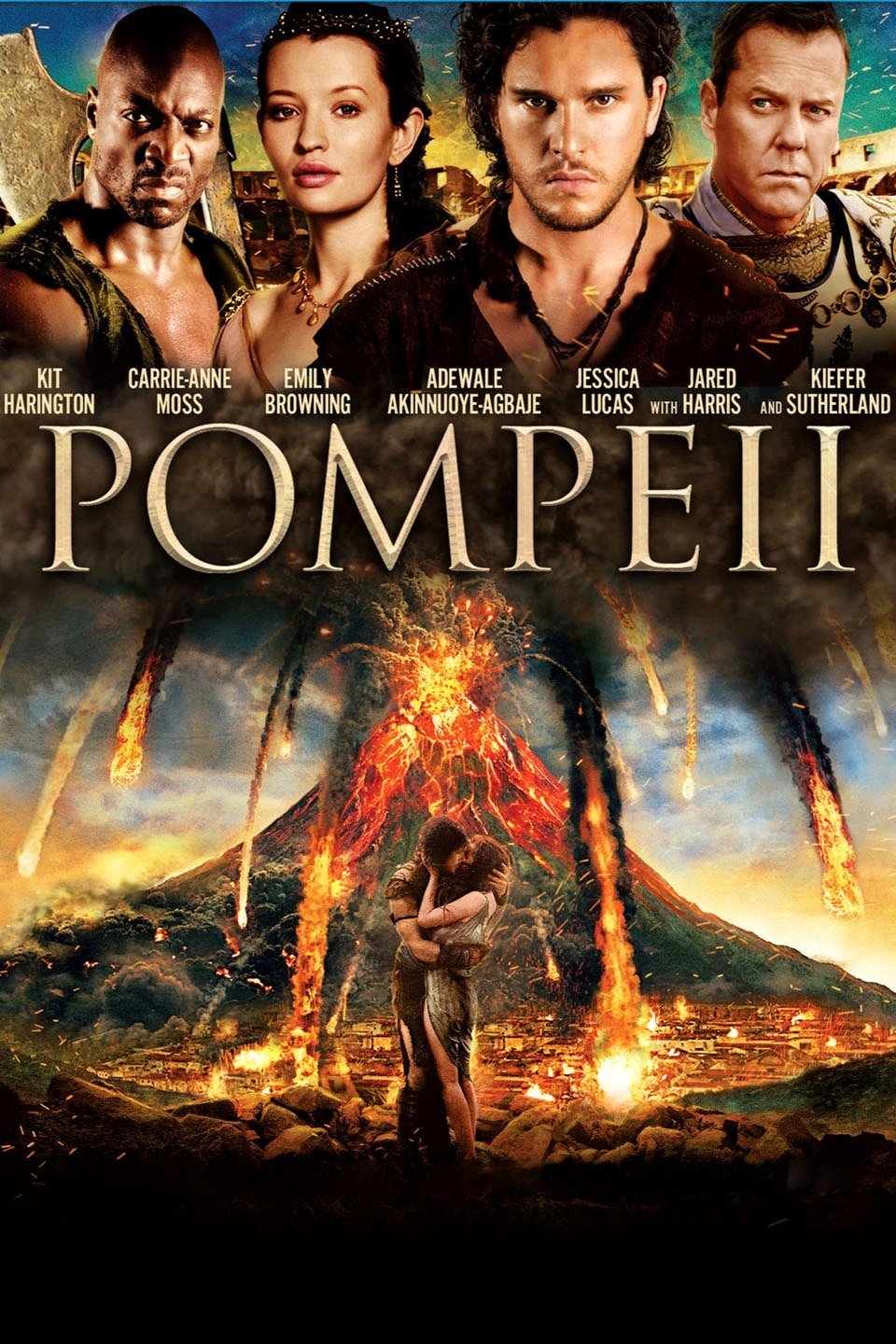 Pompeii is a 2014 3D romantic historical disaster film produced and directed by Paul W. S. Anderson.  An international co-production between the United States, Germany and Canada, it is inspired by and based on the eruption of Mount Vesuvius in 79 A.D. that destroyed Pompeii, a city of the Roman Empire. The film stars Kit Harington, Emily Browning, Carrie-Anne Moss, Adewale Akinnuoye-Agbaje, Jessica Lucas, with Jared Harris, and Kiefer Sutherland.

In 79 A.D., Pompeii, a bustling port city, stands in the shadow of Mount Vesuvius. Milo (Kit Harington), a former slave, is a gladiator who has caught the eye of Cassia (Emily Browning), a wealthy merchant’s daughter. However, their difference in social status is not the only obstacle to their love; Cassia has been promised to Corvus (Kiefer Sutherland), a corrupt Roman senator. When the eruption of Mount Vesuvius rains lava and ash down on the city, Milo races to save her before it’s too late.