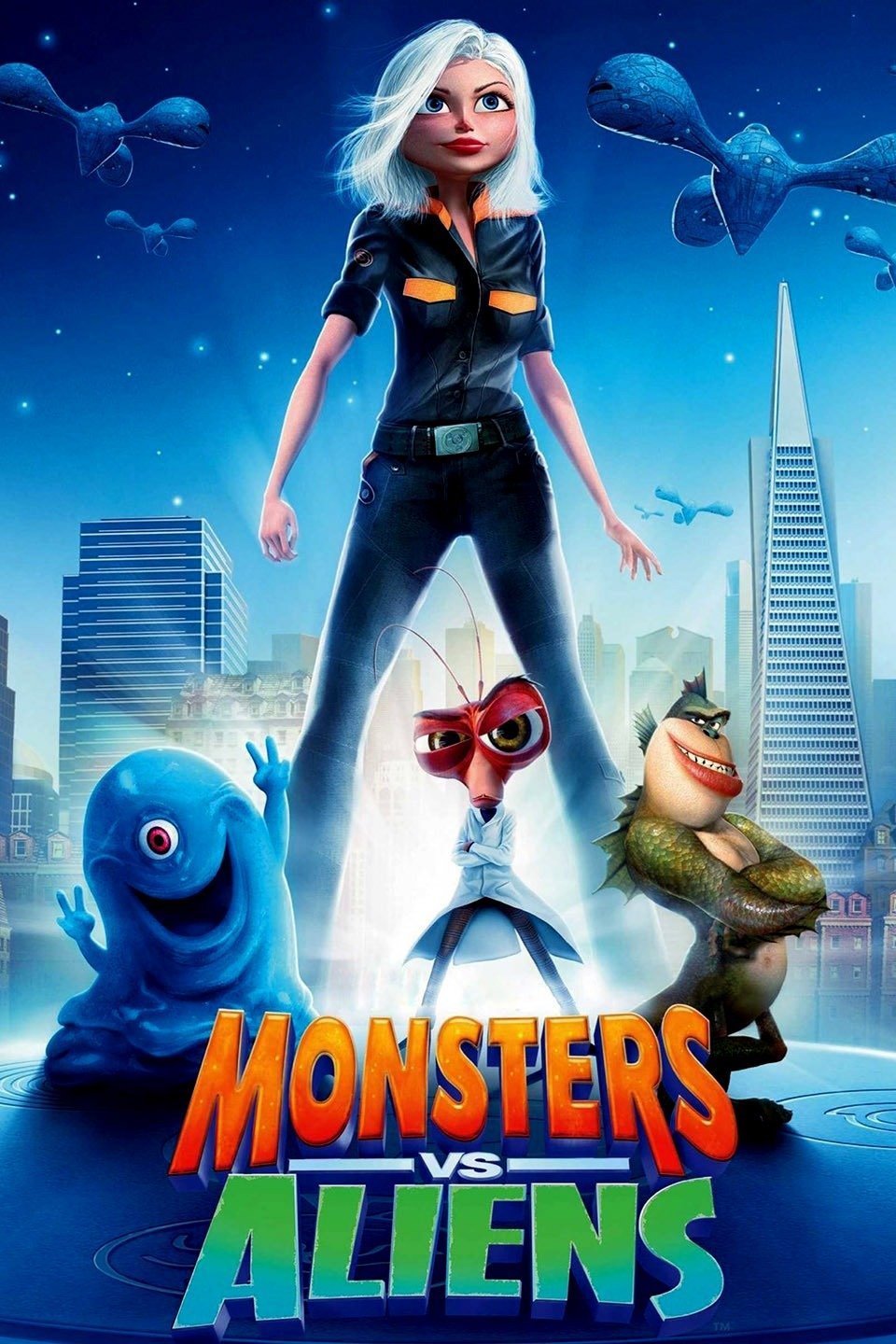 Monsters vs. Aliens is a 2009 American 3D computer-animated comedy film produced by DreamWorks Animation and distributed by Paramount Pictures. It was DreamWorks Animation’s first feature film to be directly produced in a stereoscopic 3-D format instead of being converted into 3-D after completion, which added $15 million to the film’s budget. The film was directed by Conrad Vernon and Rob Letterman, and features the voices of Reese Witherspoon, Seth Rogen, Hugh Laurie, Will Arnett, Kiefer Sutherland, Rainn Wilson, Paul Rudd, and Stephen Colbert.

When a meteor full of space gunk transforms Susan Murphy (Reese Witherspoon) into a giant, the government renames her Ginormica and confines her to a secret compound with other monsters, like bug-headed Dr. Cockroach (Hugh Laurie). When an extraterrestrial robot lands on Earth and begins a rampage, Gen. W.R. Monger persuades the president to send Ginormica and her fellow monsters to battle the machine and save the planet.