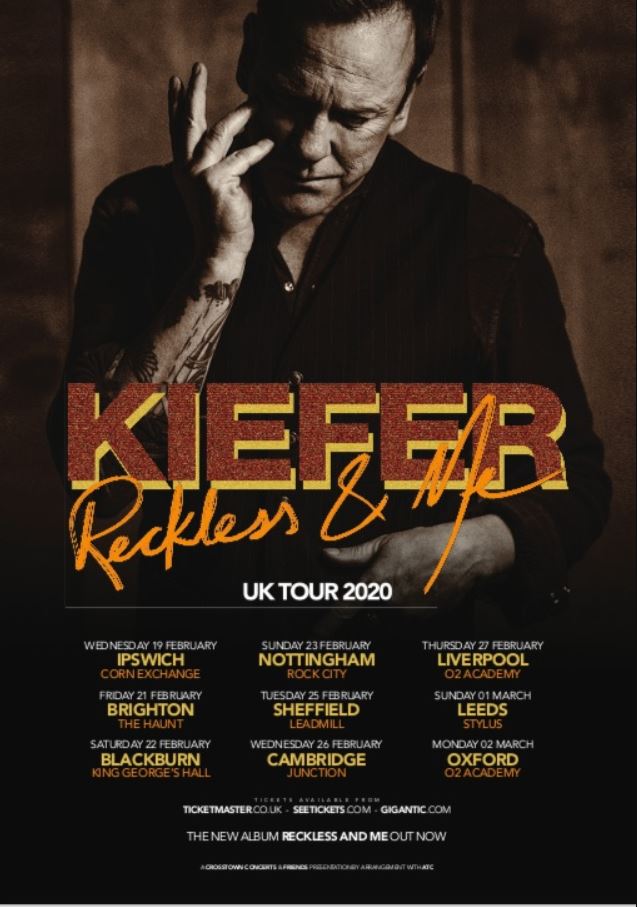 Already part of some of the biggest films of the 1980s, and in the genre-redefining series 24, Keifer Sutherland has turned his multi-talented eye to creating music, and making hits…. and hits he made! With a huge 2019 seeing Kiefer break into the UK Top 10 Music charts, the demand is almost as big as Kiefer’s love for performing live.

It’s been a surprise to some fans, coming from recent shows on Netflix like Designated Survivor or Quibi’s upcoming “The Fugitive” reboot, fans unfamliar with Kiefer’s music career have been asking the question “does Kiefer Sutherland have a band?”

… he does; what band is Kiefer Sutherland in? The best answer is to grab tickets and see the Kiefer Sutherland Band playing live…act fast, and grab tickets at your nearest venue as they’re selling out quickly. Wherever you see a location, just tap on it visit the event page, or tap here to see all live music tour dates because the band is currently on tour!

The latest updates on Kiefer Sutherland touring UK in 2020 – tap on your nearest location to order tickets while they’re still available.

What The Critics Are Saying

Of course there’s an encore. If there wasn’t, we might have a riot on our hands. From a personal perspective, there’s rarely any valid excuse to play the dreary pub rock standard, ‘Knockin’ On Heaven’s Door.’ However, if your father was cinematic icon Donald Sutherland, taking you to school during his long haired, bearded, leather jacketed “There you go again with those negative waves” phase, in a red Ferrari he won in a poker game, and the Dylan track was on heavy rotation on the car’s 8-track cartridge player, then you are totally, unequivocally excused. Please proceed. There are a few hundred people around me in little short of ecstasy. Just for good measure, Kiefer finishes the evening with the catchy ‘Agave’. The guitarists trade solos, the audience claps along, and everyone is very, very happy. 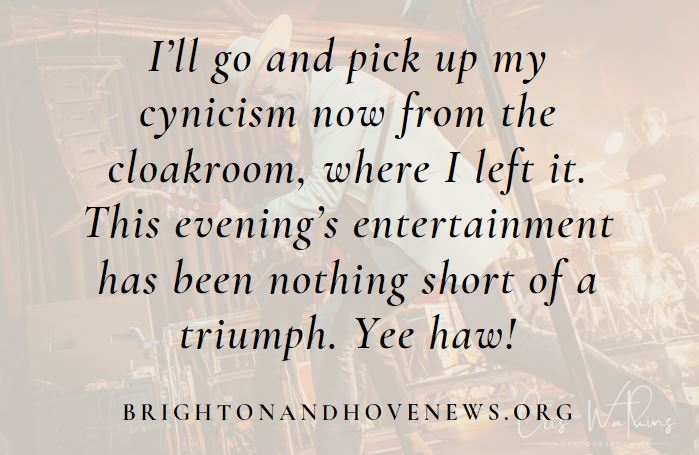 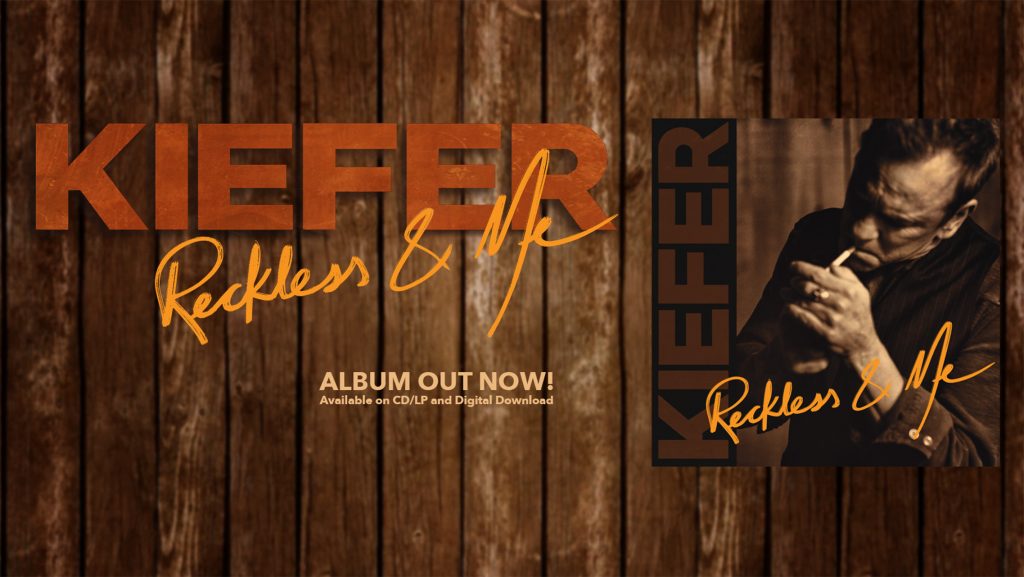 There is one comment on Kiefer Sutherland UK Tour 2020