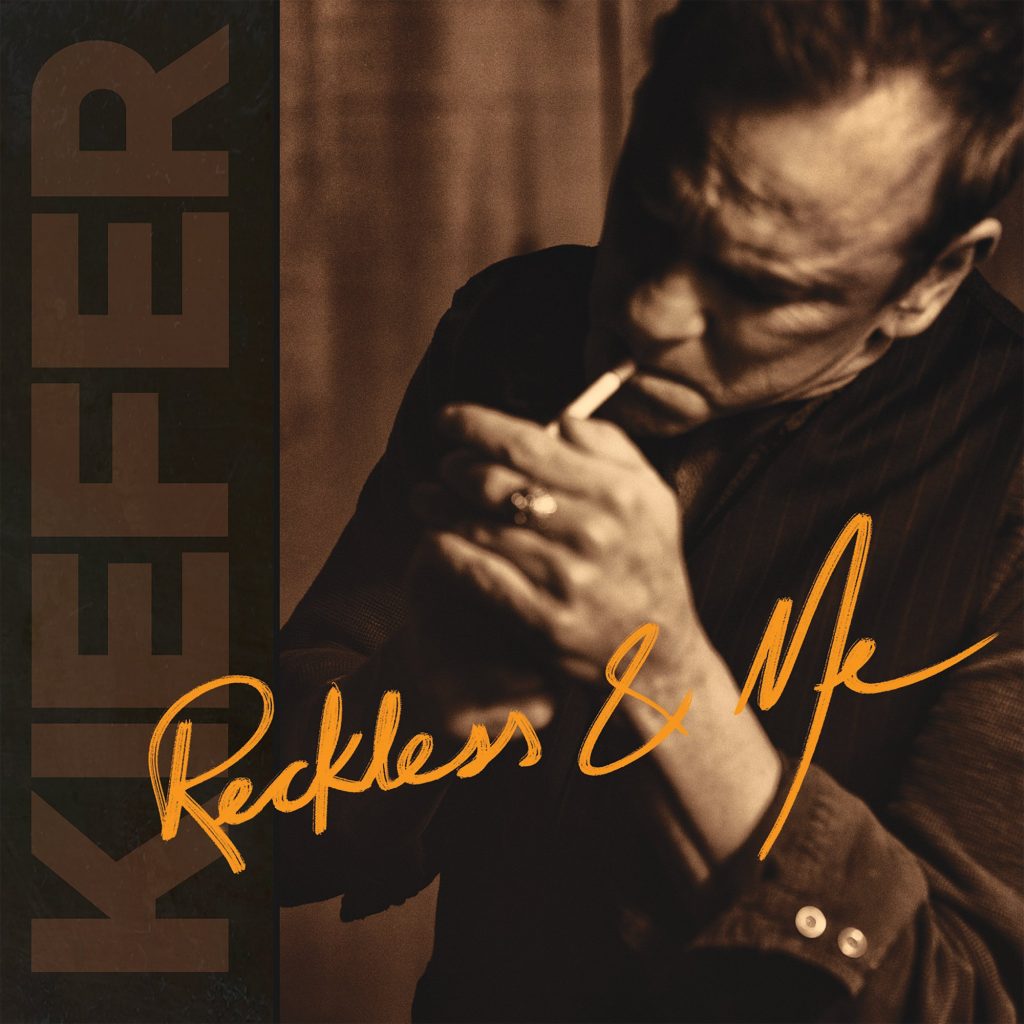 Kiefer Sutherland follows his critically acclaimed 2016 debut ‘Down In A Hole’ by releasing the follow-up ‘Reckless & Me’ on April 26th via BMG. ‘Reckless & Me’ is the second chapter in a musical journey that has seen Sutherland play hundreds of shows. Initial praise included The Guardian who stated, “The action star’s whiskey-sodden country music set is genuinely poignant,” while Rolling Stone noted his “edgy vocals blended with passion.”

‘Reckless & Me’ emerged organically from Sutherland’s touring in support of his debut. The ten songs were written primarily by Sutherland with select contributions from his producer and long-term friend Jude Cole.

They recorded the majority of the album in two sets of sessions, each spanning three or four days, at Capitol Studios in Los Angeles. Sutherland was inspired by the location’s rich history, and especially by posing next to a photo of Paul McCartney looking back at a photo of Frank Sinatra. Their supporting musicians shared a strong pedigree, notably guitarist Waddy Wachtel (Stevie Nicks), drummer Brian MacLeod (Sheryl Crow) and the legendary pianist Jim Cox.

While country music is the beating heart of ‘Reckless & Me’, its songs span wider Americana, encompassing folk, rock, blues and a whole lot more. They’re all connected by Sutherland’s love of sharing stories, whether by recounting snapshot of his own life or relating the experiences of others.

“As an actor I know that making a connection with an audience always comes by virtue of the story or the character,” he explains. “This is very different. They’re personal stories from my life. As lucky as I am, there are things you can’t avoid: friends of yours are going to die, you’re going to be let down, your heart will be broken. Hopefully they help both me and the audience to realise that none of us are alone in trying to get these things in life. And there’s something comforting about that. At least to me.”

One of the album’s immediate highlights is ‘This Is How It’s Done’, a high octane honky tonk that demonstrates that Sutherland’s take on country is steeped in tradition. He was waiting in a bar when he had a flashback to his youth which inspired the song, hastily scribbling the lyrics onto napkins and recording the melody onto his phone.

“It’s about the first night I walked into a bar,” he recalls, ”and it was the first time I’d seen two adult men beat the shit out of each other. And that happened like three minutes after I walked in the door. It scared me a bit, and I’m still trying to figure out why I kept going back!”

Elsewhere, the propulsive Petty-meets-Springsteen rocker ‘Something You Love’ also bursts with energy. Co-written with Cole, it pays tribute to the “average person who works very hard just to stay in the middle” who finds themselves betrayed by big business. “Has it happened to a lot of people I care about?” questions Sutherland. “Yes, of course it has.”

The album is bookended by two songs with a special place in Sutherland’s heart. ‘Open Road’ dates back to 1987 when Sutherland and Cole took a road trip: Sutherland was travelling to Savannah, Georgia to film ‘1969’ and Cole was heading to Memphis to launch his debut album. Sutherland fell asleep as they hit the Georgia stateline, leaving Cole to sing to himself to stay alert. “It’s absolutely his song,” admits Sutherland, “but I feel a part of it because I was there as it was written.”

And ‘Reckless & Me’ comes to close with Sutherland’s heartfelt ode to his daughter, Sarah. Looking back upon photos of her as a baby, he started written what eventually became ‘Song For A Daughter’. In that emotional moment, he promised to finish it. “Long after I’m gone, the song will still be there and she’ll know how much I love her,” he says. “I cried when I wrote it thinking about how much she’s meant to my life, and how different it would’ve been without her.”

‘Reckless & Me’ will be released on CD, vinyl and digital formats.