How Many Films Has Kiefer Sutherland Been In 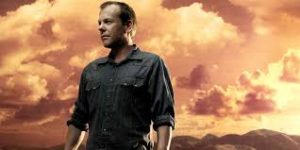 Kiefer Sutherland was born on December 21, 1966. He was born in London, but grew up in Canada and decided that he wanted to pursue a career in acting in his early teens. Kiefer got his first role in The Bay Boy, receiving a Genie Award for his performance, before moving to Los Angeles to establish a hugely successful acting career.

Kiefer Sutherland first starred on the big screen in Max Dugan Returns (1983). This is the beginning of an incredible film career spanning over 50 films. Kiefer’s acting credits include some of the most critically acclaimed shows, even starring on the 399th episode of The Simpsons, “24 Minutes,”

Unforgettable performances in popular television series’ such as 24 and Designated Survivor have established Kiefer Sutherland as one of the most recognised faces on television. He also provided voice and motion capture for Big Boss and Venom Snake in the chart-topping video game Metal Gear Solid.

Some of Kiefer Suttherland’s most popular roles include Tom Kirkman (Designated Survivor), Jack Bauer (24) and David (The Lost Boys). See the full list of acting credits for Kiefer Sutherland.

Kiefer Sutherland is a talented and passionate musician, find his albums and tour dates here.

Going live tonight from #berlin. Head to our Facebook page to watch at 8pm cet. Facebook.com/kiefersutherland