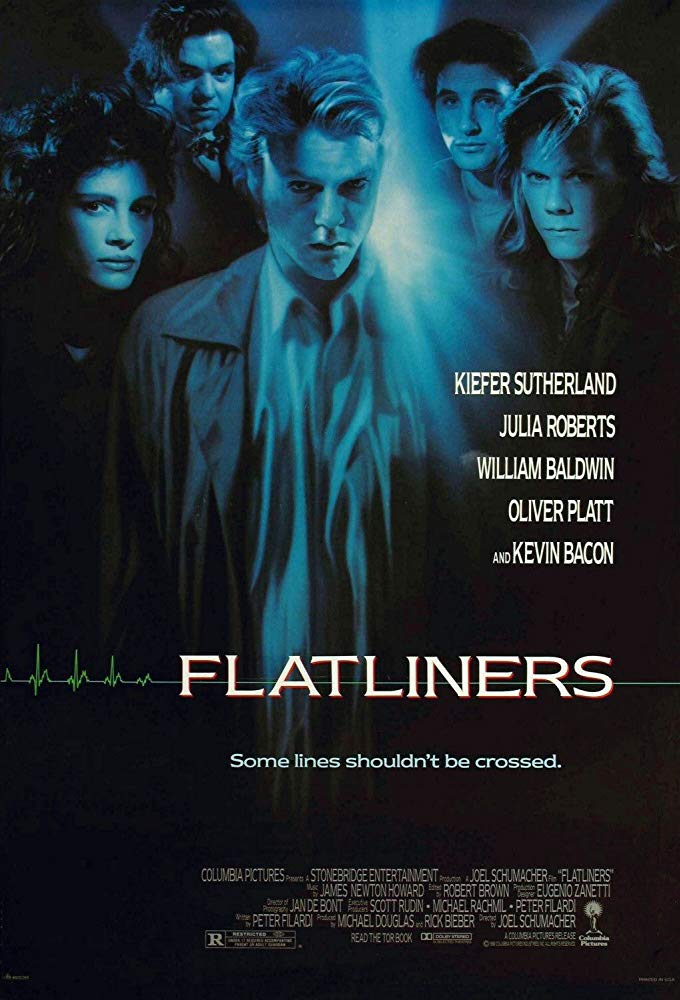 The film is about five medical students who attempt to find out what lies beyond death by conducting clandestine experiments that produce near-death experiences. The film was shot on the campus of Loyola University (Chicago) between October 1989 and January 1990, and was nominated for an Academy Award for Best Sound Editing in 1990 (Charles L. Campbell and Richard C. Franklin).

The film was theatrically released on August 10, 1990, by Columbia Pictures.

A remake directed by Danish filmmaker Niels Arden Oplev, was released in September 2017, and also featured Kiefer Sutherland in a starring role (albeit a different role).