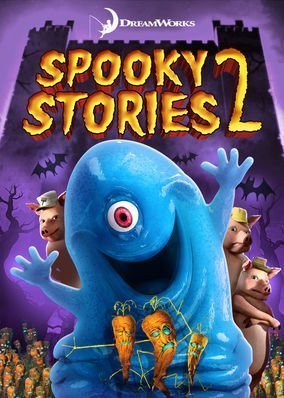 In these spooktacular stories, your favorite DreamWorks characters from the blockbuster hits Shrek and Monsters vs. Aliens return in these chilling tales for the whole family.

Night of the Loving Carrots Episode

Night of the Living Carrots is a 2011 Halloween short animated film, based on Monsters vs. Aliens and produced by DreamWorks Animation. Following the 2009 short, Monsters vs. Aliens: Mutant Pumpkins from Outer Space, a mutated carrot has spawned hundreds of zombie carrots taking control of the subject’s mind. Dr. Cockroach determines that the only way to defeat them and free their victims is for B.O.B. to eat all of the carrots.

The short premiered in two parts exclusively on Nintendo 3DS video service – the first was released on October 13, 2011, and the second five days later. To a general audience it was released on August 28, 2012, as a part of the Shrek’s Thrilling Tales DVD and DreamWorks Spooky Stories Blu-ray.

Cast for this Episode