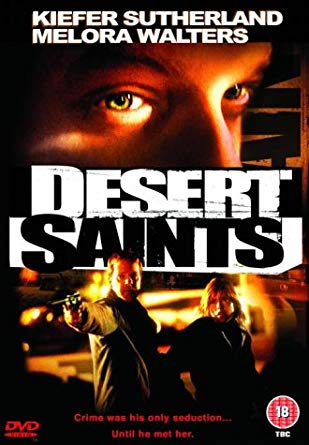 Desert Saints is a 2002 crime thriller film starring Kiefer Sutherland as a hitman named Arthur Banks, alongside Melora Walters as Agent Bennie Harper. The film is produced by Meg Ryan.

Arthur Banks (Kiefer Sutherland) is a top-tier hit man who works mainly for the South American drug lords. His MO is to befriend women who will help him lure his prey, then kill them when they are no longer of any use. On his latest job, he meets Bennie Harper (Melora Walters), a woman fleeing an abusive husband, and the pattern seems to be repeating itself. This time, however, he is being closely monitored by the FBI — and his mark may not be who she appears to be.