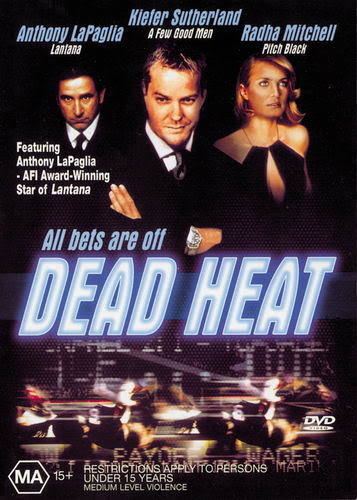 Dead Heat is a 2002 crime comedy-drama film starring Kiefer Sutherland, Anthony LaPaglia and Radha Mitchell. It was written and directed by Mark Malone.

Boston cop Pally (Kiefer Sutherland) is forced into early retirement, putting a strain on his marriage. Pally’s stepbrother, Ray (Anthony LaPaglia), attempts to lift his spirits by tipping him off to a sure-bet racehorse.

Their attempts to secure the champion equine are thwarted by a local mob boss (Daniel Benzali), who steals the horse as repayment for a gambling debt. With their investment on the line, Pally and Ray become entangled in a web of underworld crime and murder.