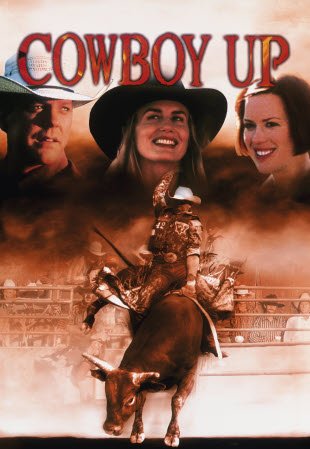 Cowboy Up (also known as Ring of Fire) is a 2001 film directed by Xavier Koller. It stars Kiefer Sutherland, Marcus Thomas, Molly Ringwald, and Daryl Hannah.  It won the Crystal Heart Award at the 2001 Heartland Film Festival.

Hank (Kiefer Sutherland) and Ely Braxton (Marcus Thomas) are brothers and rivals. They’re each haunted by the specter of their dad, Reid (Pete Postlethwaite), a famous bull rider turned absent father. Hank is a rodeo clown who breeds bulls; Ely is a brash young rider who won’t let anything — not even life-threatening injuries — keep him out of the ring. When rodeo sweetheart Celia (Daryl Hannah) gets between them, sibling rivalry grows volatile and loyalties are tested.