Behind The Red Door 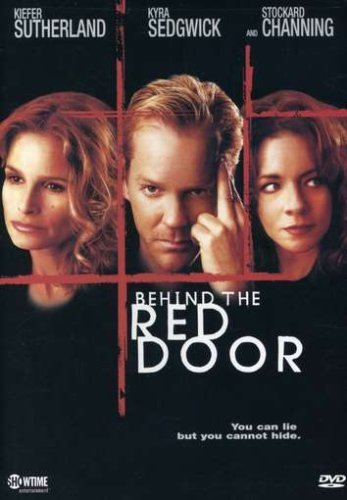 Behind The Red Door

Behind the Red Door is an English drama film directed by Matia Karrell and released in 2003. The lead characters in the movie are Kyra Sedgwick, Kiefer Sutherland and Stockard Channing.  The film depicts the relationship between a sister and her brother, who is suffering from the fatal disease AIDS.

Natalie (Kyra Sedgwick), a gifted New York photographer, has a troubled past reflected in her art. When she struggles to make ends meet in the city, her agent (Stockard Channing), arranges an assignment in Boston for a considerable sum of money. Unable to turn it down in her dire straits, Natalie takes the job — only to find that her estranged homosexual brother, Roy (Kiefer Sutherland), is the employer. Roy wants to mend their broken past, but must convince her to stay long enough to do so.

Behind The Red Door Trailer