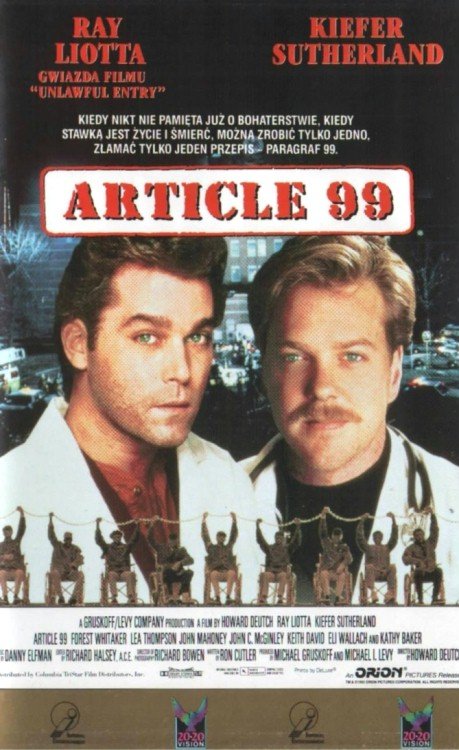 Article 99 is a 1992 American comedy-drama film directed by Howard Deutch and written by Ron Cutler. It was produced by Orion Pictures and starred Kiefer Sutherland, Ray Liotta, Forest Whitaker, John C. McGinley, Rutanya Alda and Lea Thompson. The soundtrack was composed by Danny Elfman. The film’s title supposedly refers to a legal loophole, which states that unless an illness/injury is related to military service, a veteran is not eligible for VA hospital benefits.