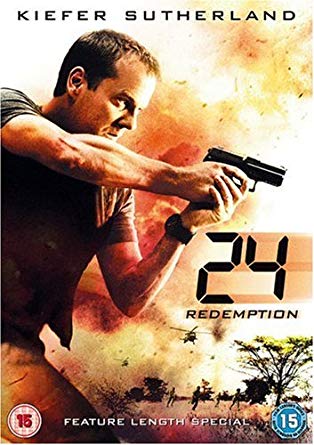 24: Redemption is a television film based on the series 24. It first aired on November 23, 2008, on Fox in the United States, and was released to DVD on November 25. The film was written by executive producer Howard Gordon and was directed by Jon Cassar. 24: Redemption takes place almost four years after the sixth season and two months before the seventh season in real time between 3:00 pm and 5:00 pm (Sangala Time Zone) on Inauguration Day in the United States.

In a stand-alone special that lays the foundations for an explosive Day 7, Jack is a wanted man, taking refuge from the US Government in a war-torn corner of Africa.